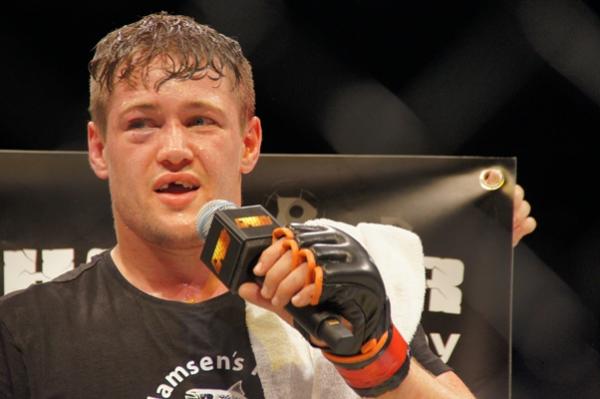 In the night’s top-billing, welterweight champion Nicolas Dalby will lock horns with Norway’s Mohsen Bahari. Denmark’s Dalby has made just one appearance for the promotion, but it was an impressive one, as he stopped Sergei Churilov in March to capture 170-pound gold. The 29-year-old has yet to taste defeat in 12 career outings. Bahari, meanwhile, has won four of his five appearances in the CWFC cage. He most recently defeated UFC veteran Ben Alloway in June.

Also on the card, the promotion will crown its inaugural women’s bantamweight champion when Sweden’s Pannie Kianzad takes on Finland’s Eeva Siiskonen. Kianzad, a former featherweight, has strung together six straight wins to open her career. At just 22 years old, Kianzad already holds wins over UFC veteran Milana Dudieva and Bellator’s Annalisa Bucci. Siiskonen steps in on late notice, riding the momentum of a second-round knockout of Inga Kaledaite in September.