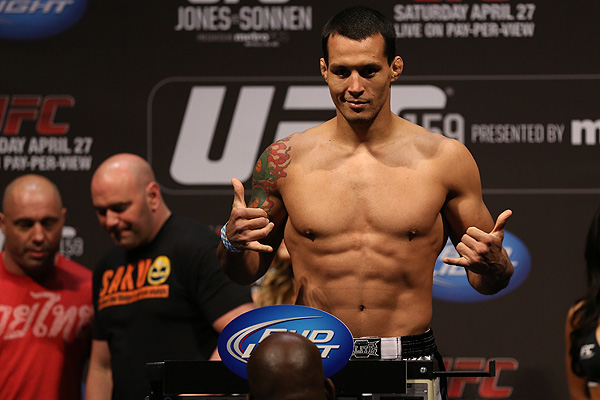 On Thursday, Sept. 25, Titan FC hosted the weigh-ins for its 30th event which takes place Friday, Sept. 26 from the Cedar Park Center in Cedar Park, Texas

In the night’s main event, a pair of UFC veterans square off as light heavyweights Vinny Magalhaes and Jason Brilz battle for the promotion’s inaugural 205-pound belt. Magalhaes saw his UFC run end last fall, but rebounded with the ninth submission win of his career in July. The 30-year-old will be making his promotional debut. Brilz, meanwhile, rides a four-fight winning streak into the title affair. The 39-year-old edged Raphael Davis at Titan FC 28 earlier this year.

The co-main event of the event will feature bantamweights Anthony Gutierrez and Walel Watson. The 23-year-old Gutierrez put his unfortunate experience on The Ultimate Fighter in the rearview mirror in February with a 59-second submission of Charlie DuBray. Watson has gone 3-2 since his UFC release, most recently scoring a third-round finish of William Joplin at Titan FC 28 in May.

Below are results of the event’s weigh-ins.

* – Platt was fined 20 percent of his fight purse