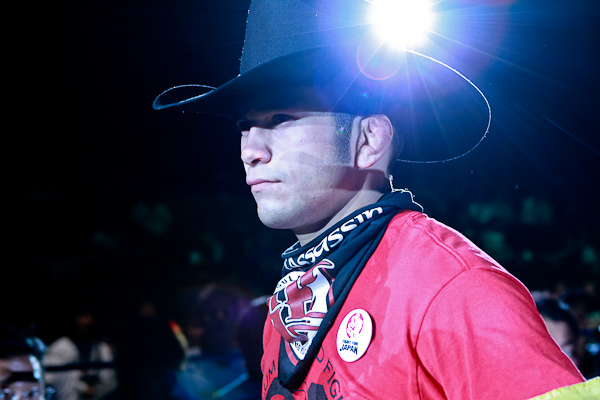 Resurrection Fighting Alliance’s trip to the land of 10,000 lakes on Friday, Oct. 10 has a new co-main event.

RFA 19 takes place from the Mystic Lake Casino and Hotel in Prior Lake, Minn.

In the night’s main event, the promotion’s vacant middleweight title will be up for grabs as American Jake Collier takes on unbeaten Brazilian Gabriel Checco.

Also on the main card will be a bantamweight affair between RFA vet Junior Maranhão and Marvin Blumer, a featherweight contest featuring Dan Moret and Jordan Griffin, a women’s strawweight battle between Jocelyn Jones-Lybarger and Rebecca Ruth, as well as a bantamweight fight featuring John Castaneda and Matt Brown.

In addition to the main card bouts, the promotion has revealed that women’s atomweights Raquel Magdaleno and Invicta FC vet Cassie Rodish will square off, lightweights Mike Zimmer and Jacob Ouradnik will lock horns, and Zak Ottow takes on Nate Howe at welterweight.

The RFA 19 main card will air live on AXS TV beginning at 10 p.m. ET. More fights for the event will be announced in the coming weeks.