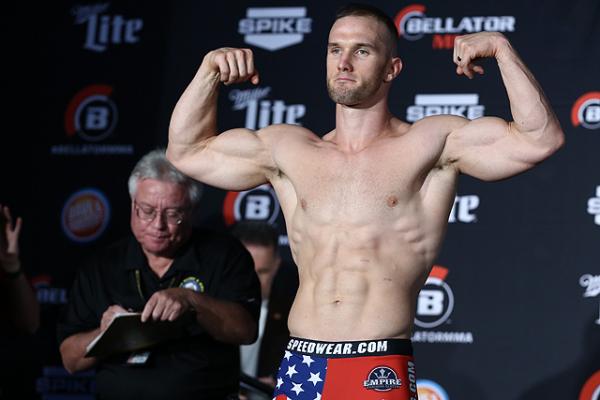 In the night’s main event, the promotion’s middleweight title was on the line as champion Alexander Shlemenko locked horns with tournament winner Brandon Halsey. The Russian Shlemenko saw his 13-fight winning streak come to a crashing halt in May when he moved up in weight to challenge former UFC champion Tito Ortiz. The 30-year-old was seeking his fourth title defense. Halsey, meanwhile, moved his record to 7-0 in July with a first-round submission of former title challenger Brett Cooper.

The main card also featured a lightweight tournament final between Polish submission specialist Marcin Held and explosive Brazilian Patricky “Pitbull” Freire. The 22-year-old Held rode a four-fight winning streak and had won nine of his last 10 fights. Six of those wins had come via tapout. Freire had rebounded from a three-fight skid to earn three straight wins, including two via strikes. He had earned knockouts in nine of his 13 wins.

The 11-fight event kicked off with a live stream of the preliminary card on Spike.com beginning at 6 p.m. ET. The four-fight main card aired live on Spike TV at 9 p.m. ET.

Alexander Shlemenko put his middleweight belt on the line in the evening’s headliner against undefeated Brandon Halsey. The result was stunning.

Halsey shot for a takedown at the first opportunity and took Shlemenko to the mat. Shlemenko gave up his back as he was taken down, and Halsey quickly slapped on a rear-naked choke. The champ struggled to get free, but Halsey tightened the hold and rolled onto his back. Shlemenko tried to hold on, but he eventually lost consciousness. Referee John McCarthy called a halt to the action, giving Halsey the submission win and the Bellator middleweight championship belt.

In one of the last remnants of the Bjorn Rebney era, the night’s co-headliner featured Bellator tournament action. Marcin Held and Patricky Freire met in the finals of Bellator’s lightweight tournament.

The first round was primarily a chess match on the ground. Held gave up position to attack Freire’s legs in hopes of securing a submission finish, but Freire defended well and threw elbows from the top. Held was unable to find anything significant, but Freire didn’t do much damage either. Held’s aggressive submission attacks arguably gave him the upper hand in the round.

Held scored a more traditional takedown on Freire within the first minute of round two. Held threw short elbows from the top as he sought to set up his offensive attack and pass Freire’s guard. Once in side control, Held immediately started attacking with a kimura, but he couldn’t cinch it up. Held maintained top control, but Freire moved him back into half guard. Held continued to deliver ground-and-pound for the remainder of the round, opening up a cut near Freire’s eye and throwing a flurry of strikes in the final seconds of the frame.

Held scored a takedown within the first 30 seconds of round three and resumed his work from top position. Held spent the next three-plus minutes maintaining positional control before transitioning to mount. Freire soon escaped and scrambled to his feet. Held attacked Freire’s leg again and used it to put Freire back on the mat once more. The Brazilian returned to his feet with less than a minute left, but Held took him down again and closed out the round in top position.

With his dominant performance of takedowns and top control, Held earn his ninth victory in 10 Bellator appearances with a unanimous nod. The lightweight also earned a future title shot with the tournament-final win.

Jenkins opted to stand with Meller for the majority of the first round, then shot in for a takedown. Meller threatened with a guillotine choke, but Jenkins defended well and eventually got out of trouble. Meller continued to look for submissions, but Jenkins closed out the round by punishing Meller for his efforts with a series of hammerfists.

Jenkins opened up on his feet in the second stanza, landing leg kicks and several combinations. The wrestler eventually went back to his bread and butter, scoring a takedown midway through the round. Despite Meller’s best efforts to get back to his feet, Jenkins kept him on the mat. Once again, Jenkins closed out the round with a flurry of punches from top position.

Meller came out aggressive in the third frame, but Jenkins avoided taking too much punishment and shot for a takedown. Jenkins controlled Meller on the ground once again, avoiding Meller’s submissions and taking the Brazilian’s back for a brief time. Remaining on top, Jenkins rained down punches, working over Meller’s bloodied face. Jenkins remained on top and in control for the remainder of the round. It was enough to earn him a unanimous verdict on the judges’ scorecards, moving his Bellator record to 5-1 and his overall mark to 8-1.

Ed West and Mike Richman kicked off the night in the bantamweight division. The pair traded on their feet to open the fight. After a brief pause in the action for a low blow, the two men continued, with West catching a Richman kick but getting the worse of the exchange that followed. With West backed against the cage, Richman connected with a left hand that separated his opponent from consciousness. The win marks Richman’s first in the 135-pound division after previously competing as a featherweight.