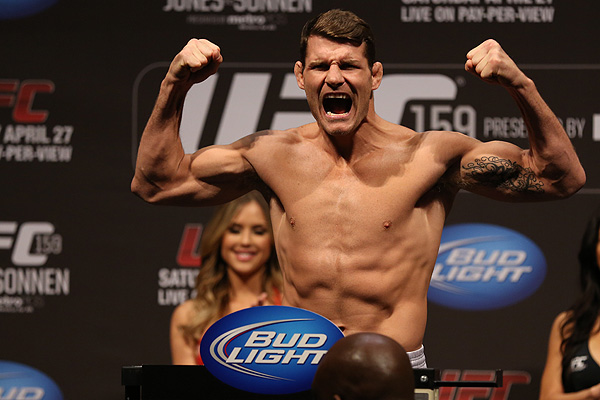 On Friday, Aug. 22, the UFC will host the weigh-ins for UFC Fight Night 48: Bisping vs. Le which takes place Saturday, Aug. 23 from the Venetian Macao’s CotaiArena in Macau, China.

The night’s main event will feature a middleweight collision between Ultimate Fighter season three winner Michael Bisping and former Strikeforce champion Cung Le. Bisping will enter the contest on the heels of a unanimous decision loss to Tim Kennedy in April. The 35-year-old Brit is just 2-3 over his last five fights. Across the cage, Le is riding a two-fight winning streak since transitioning from Strikeforce. The 42-year-old fighter has been out of action since knocking out Rich Franklin in November of 2012.

In the co-main event, welterweights Tyron Woodley and Dong Hyun Kim look to state their case for title consideration at 170 pounds. The former Strikeforce title challenger Woodley has gone 3-2 in his five UFC appearances and will be eyeing a return to the win column after dropping a decision to Rory MacDonald at UFC 174. Kim, meanwhile, rides a four-fight winning streak, including back-to-back knockout wins over John Hathaway and Erick Silva.

The fighters will hit the scales at 4 a.m. ET on Friday. A live video feed appears above (courtesy of the UFC), while the results appear below.