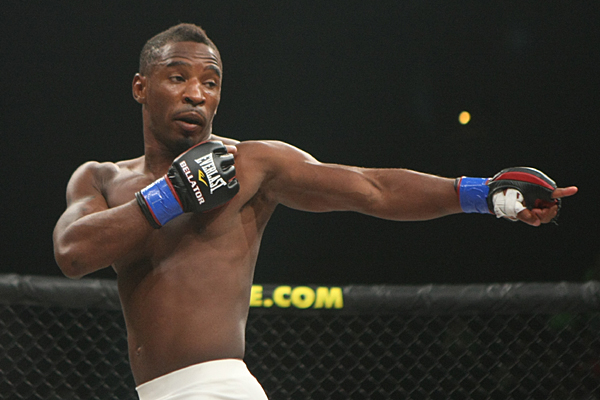 On Friday, Aug. 29, Legacy Fighting Championship hosted its 34th event from the Horseshoe Tunica Hotel and Casino in Tunica, Miss.

In the night’s main event, flyweights Brian Hall and Pedro Souza squared off. Hall, a Strikeforce, Bellator and XFC veteran was originally slated to face with Olympic gold medalist Henry Cejudo before the talented wrestler got the call to the UFC. All six of Hall’s wins had come before the final bell. Souza, meanwhile, carried a perfect record through 13 fights. The 26-year-old Brazilian was making both his promotional and US debut at the event.

Also on the card, Ultimate Fighter winner Jonathan Brookins looked for his second straight win since his UFC release as he took on Bellator and RFA veteran Austin Lyons. Brookins earned a second-round submission over Cody Fuller in his Legacy debut in March. Lyons stepped into the Legacy cage for the first time on the heels of a decision win over Zach Underwood at Bellator 120 in May.

Above are video highlights of the main, including the main event between Hall and Souza (courtesy of AXS TV).